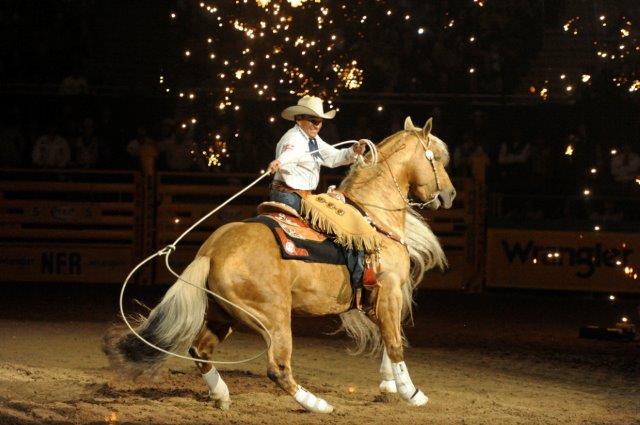 "You could see he was just outstanding.  He's a real showman and is so good at what he does.  He has gotten more standing ovations at the NFR [National Finals Rodeo] than anyone - not only in the contract business, but any other individual at the NFR." - Sean Davis, General Manager of the Wrangler National Finals Rodeo (and three-time World Champion Saddle Bronc Rider/ProRodeo Hall of Fame 1997 inductee) 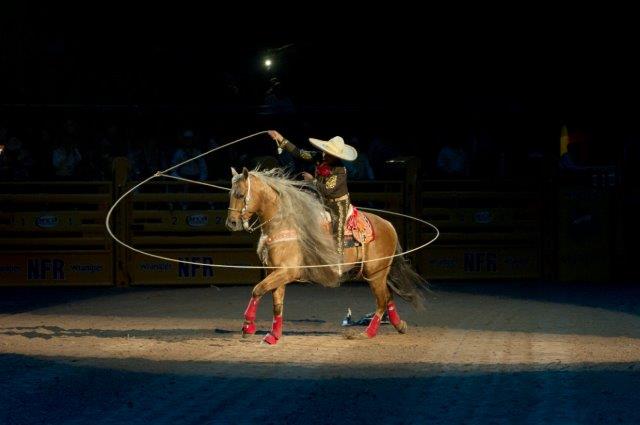 Tomás Garcilazo, a native of Mexico City and currently a resident of southern California, was introduced at an early age to his family heritage and tradition of "La Charrería" which is a skill performed through the generations only by the Mexican Charro.  Charros take extreme pride in their highly developed horsemanship and roping abilities.  Tomás, a third generation Charro, has devoted his life to sharing Mexico's National Sport, La Charrería, with the world.

Tomás' proficiency as a skilled horseman and roping artist define him as one of the finest Charros presenting La Charrería today.

Tomás has performed throughout Europe, Canada, the United States, and Mexico.  He has appeared on Broadway in New York City and has toured the United States with the Will Rogers Follies.  He was a featured performer at Disney's Wild West Show in Paris, France and the Buffalo Bill Wild West Show which toured Holland and Germany.  Tomás has performed numerous times for Mexico's Presidents as well as guest performances at the White House and Kennedy Center in Washington DC.

It is a rare and honorable experience to witness the refined horsemanship and the artistry of La Charrería that will be presented.  It is even more exciting that both Tomás, and his wife, Justine, will be on hand to entertain, educate, and share their performance with our guests of the 2015 PRCA RAM California Circuit Finals Rodeo. 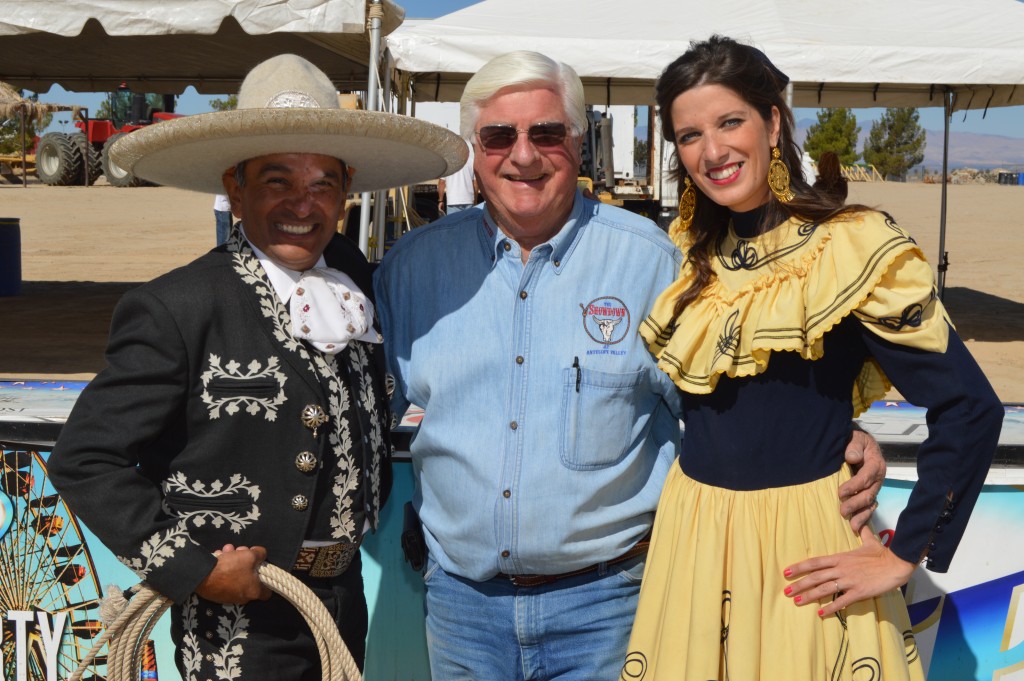 Tomás Garcilazo's proficiency as a skilled horseman and roping artist define him as one of the finest Charros presenting La Charrería today. 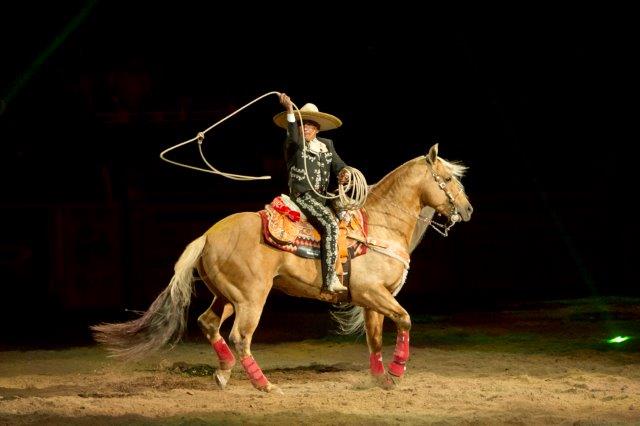 We are excited to share that Tomás will also be showcased at the Mexican Extravaganza which will take place at the Antelope Valley Fairgrounds on Sunday, October 17th.  Live music, dancing horses, Escaramuza, For more info, please visit www.avfair.com. 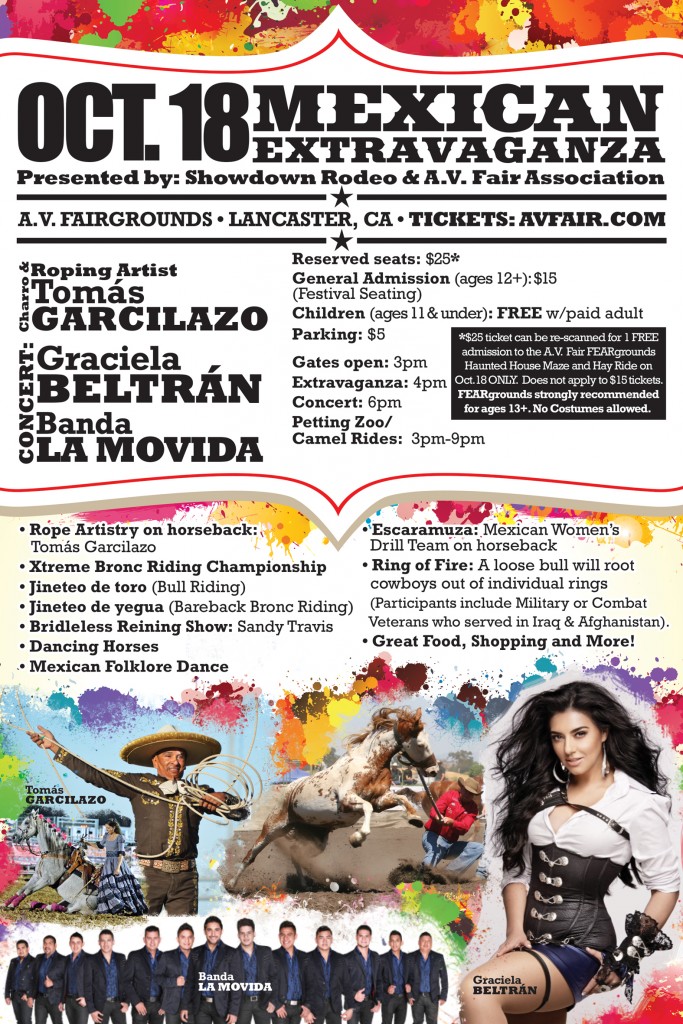 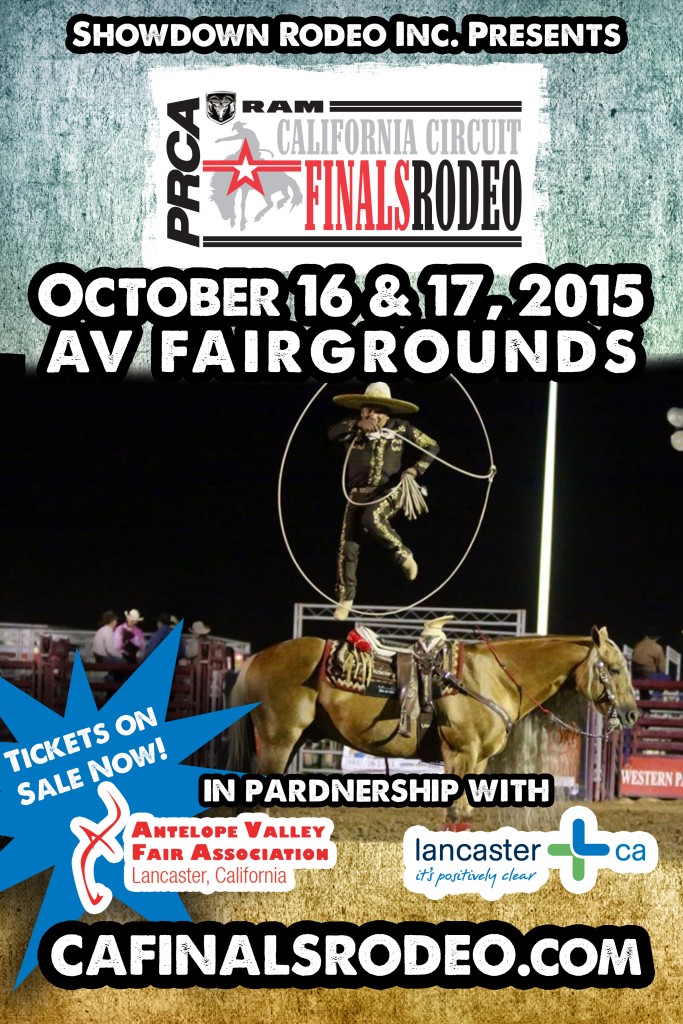